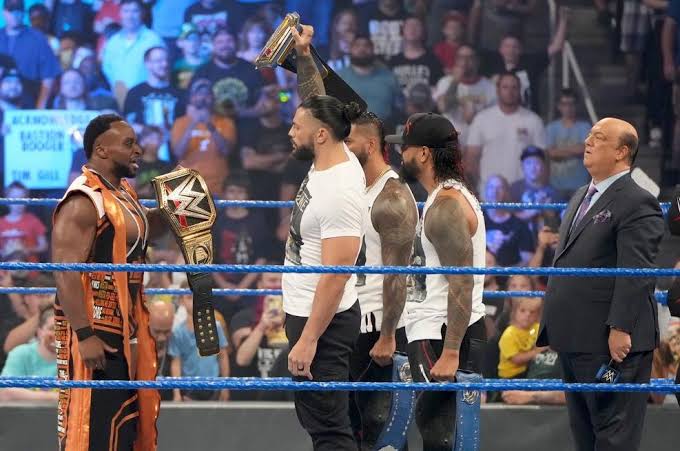 The battle for brand supremacy is upon the WWE Universe with WWE Survivor Series taking place this Monday, November 22 at 12pm (AEDT).

The show is being billed as the one time of year where SmackDown and Raw competitors go head-to-head to determine which brand truly is the "A-show" at the Barclays Centre in Brooklyn, New York.

Champions from each show will face each other in the same model as has been used for the last few years. The tag-team champions from both shows clashing, the United States champion taking on the Intercontinental champion, the respective women's champions will face off while the Universal champion will face the WWE champ.

There will also be the traditional men's and women's 10-person elimination tag-team match.

Who's on the card?

Who's in the Main-Event?

While it's not exactly certain who will be on the final event on the card, Reigns' reported demand to be either first or last on the show makes it likely his clash with Big E will sign off the show.

Both Reigns and Big E have built a terrific feud in a very short time with their respective factions having past history that has been recalled to help build the match.

The Uso's and The New Day have added a personal element to a match that may have been wasted by the battle for brand supremacy, especially since Big E has only been on Raw for a couple of months.

How to watch Survivor Series on TV

You will be able to purchase WWE Survivor Series on your Foxtel account should you have a subscription with the show to be broadcast on MainEvent- channel 521 for $30. The show will begin at 12pm and will have replays going through until the end of Tuesday which you will have access to if you paid for the show.

How to stream Survivor Series

You can also stream the pay-per-view if you have a WWE Network subscription. If you don't you can sign up for around $16 a month - depending on the USD exchange rate at the time. If you are a new subscriber you will receive the first month for free.