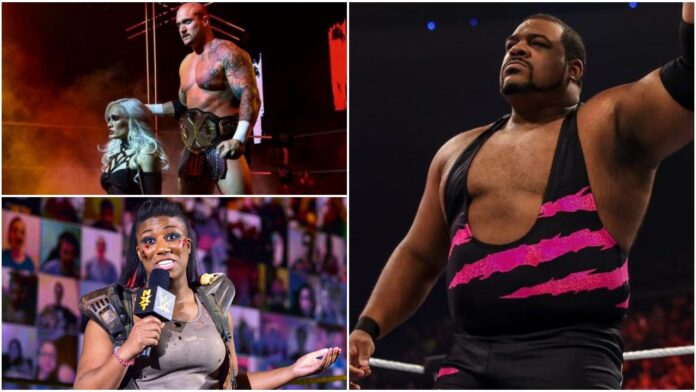 WWE has today announced a stack of releases from both the main roster and NXT.

On the same day the company announced revenues of $256 million USD for this quarter alone, the company released 17 members of the roster.

WWE is no longer the end goal for many professional wrestlers. This isn't the last we've seen of those unfortunate enough to be released today. Not by a long shot.

Smith Jnr hadn't featured on WWE tv yet after re-signing with the company just a few months ago. While Eva Marie had also only recently returned to WWE.

Keith Lee had recently returned from a health scare with a new gimmick, now going by the name of Keith "Bearcat" Lee. Kross had also been saddled with a new gimmick on the main roster but hadn't been seen on tv for some weeks.

B-Fab had only signed a new deal with WWE just over a week ago.

Just as nasty as I want to be. pic.twitter.com/yltxwxinSB

According to an email from John Lauranitus, the cuts were made due to budget cuts.

Scarlett Bordeaux took to Twitter to air her thoughts. She tweeted "Free to work in 30 days."

Officially free to work in 30 days!

She then followed that up with a tweet with her email address asking for promoters to feel free to contact her for future bookings.

Oney Lorcan was another who took to social media to vent his thoughts. He posted a YouTube video about his release. Gran Metalik paid thanks to Vince McMahon himself after he had been asking for a release for some time.