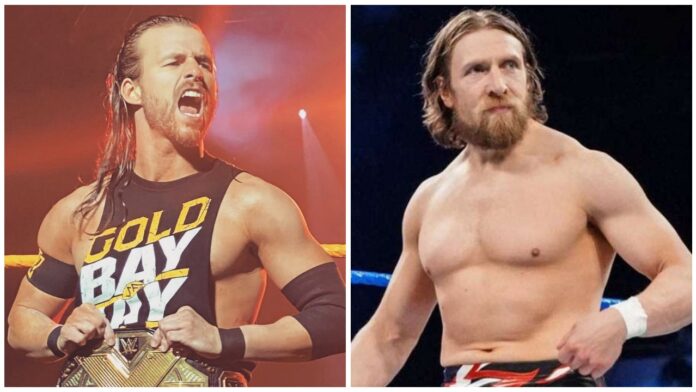 AEW will present All Out on Monday morning with an incredibly stacked card.

Kenny Omega will defend the AEW World Championship against Christian Cage, Miro will face Kenny Kingston with the TNT Championship on the line while CM Punk returns to the ring first time in seven years as he takes on Darby Allin.

This Sunday, #AEWAllOut is LIVE on PPV! And next week (9/8), don't miss all the fallout from All Out in Cincinnati, Ohio with #AEWDynamite & #AEWRampage!
🎟 » https://t.co/UN1cNj1kQq pic.twitter.com/aSWVZrB94s

It's a stacked show from top to bottom. But a monster card has never stopped Tony Khan from bringing a surprise or two for the fans.

There's no doubt the buy-rate for All Out will be through the roof and the audience will be hot all night. So what better way to debut one or two of the hottest free agents in the business.

Adam Cole departed WWE last week and looks a perfect fit for AEW. Cole's style of wrestling suits AEW down to the ground and his girlfriend Brit Baker is currently the promotions women's champion.

Cole would be one of many ex-WWE stars to have landed in All Elite Wrestling in recent weeks but it would be a great acquisition for the company. Cole would be the first person to decline a full-time contract offer from WWE to join AEW.

Names like Malakai Black, Miro, Jon Moxley, Sting, Pac and others have all been released by WWE before joining AEW. While Christian Cage was offered a reduced part-time role within the company he made his return in he opted for a more full-time based role in AEW.

Another free agent who has been heavily linked with an appearance at the pay-per-view is Bryan Danielson. Danielson was even teased last week on Dynamite by CM Punk who responded to the live crowds "YES" chants saying "wrong guy, you may have to be a little more patient."

Cassidy Haynes of Bodyslam.net has reported that Danielson's debut could be set for All Out with the former WWE Champion having signed for AEW way back in July on a lighter schedule and some creative input into his character.