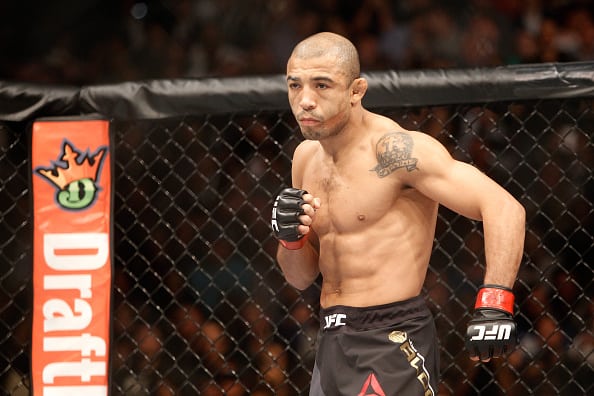 The translator relaying questions to Aldo after yesterday's UFC defeat at the hands of Conor Mcgregor has come under fire.

UFC commentator Joe Rogan’s first question to the Brazilian after his stunning 13-second KO to Conor McGregor was: “Jose, how much, if any, of the fight can you remember?”

The translator relayed the following answer back to Las Vegas’ packed MGM Grand Arena, and millions more around the world.

“He threw a cross on my chest, which I wasn’t expecting, then I threw a punch and he came back with another cross and that was that.

“I think we need the rematch. That was really not a fight so we need to get back in here.”

The answer was met with boos, as the crowd and Rogan took issue with Aldo’s apparent claim that it “was not really a fight”.

Rogan responded: “It was certainly a fight, it was just a fight that happened and ended very quickly.”

It would have been fair comment from Rogan, except for the fact the translator completely screwed up Aldo’s answer.

This is what Aldo actually said: “He threw a jab on my chest, I was already expecting that. When I went to attack him he hit me with a good cross and there is where he got me. I believe that after this fight we have to go for a rematch, it is not done yet. He got me with a good shot and was able to finish the fight.”

Rogan took to Twitter afterwards to apologise to Aldo.