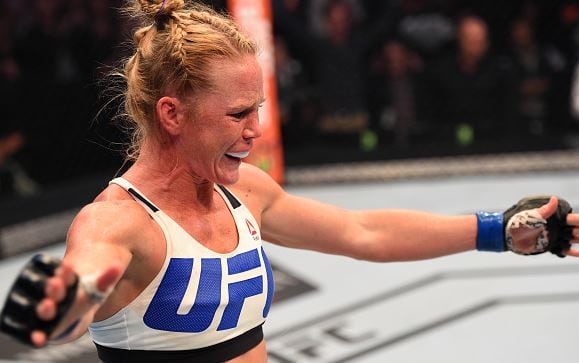 Ronda Rousey is by far the highest paid female on the UFC roster and is rumoured to have made seven figures on a recent championship defence, with pay-per-view percentages factored in.

So, how much did Holly Holm make for her incredible knock out victory over ‘the baddest woman alive’?

Holm’s usual fight salary is $25,000 plus a $25,000 win bonus but standard payments are always supercharged for fights against Rousey.

In recent Rousey fights her opponent has made $100,000 just for getting into the Octagon with her with that fee doubling in the unlikely event of victory.

Assuming Holm was paid that same fee, it’s likely that she walked away with $330,000 for the contest, which ended inside six minutes — about $1100-a-second.